Due to COVID-19 restrictions, Historic Strawberry Mansion is closed through February 2021

Interpreted in both the Federal and Empire periods in which the house was built and expanded, Historic Strawberry Mansion houses antiques, fine art, and collectibles from the 18th and 19th century, including a noted collection of dolls from the High Street Exhibit of the Sesquicentennial of 1926.

During the original furnishing of the Mansion, in 1931, the Committee of 1926 treated each individual room of the house as a separately interpreted space. Different women’s groups involved in the High Street Exhibit, as well as some individuals, were assigned to curating the different rooms and gathering the beautiful pieces. As such, each room in the house has a unique interpretation and the diversity and contrast among the rooms has been enjoyed and celebrated by the public since the Mansion first opened for tours.

The Ballroom was decorated by the Foreign Relations Committee from the Sesquicentennial celebration, who were also in charge of the Stephen Girard house at the High Street Exhibit.

The focal point of the room is the French furniture of General George Cadwalader. General Cadwalader purchased the furniture in the ballroom in Paris in 1835 for his Philadelphia home. The Cadwalader family donated the suite to the mansion in 1964. Since then, it has been restored and reupholstered.

The Lewis Parlor, also known as the 18th Century Parlor, was decorated and continues to be maintained by the Pennsylvanian Society of New England Women (PSNEW). PSNEW was in charge of the Paul Revere Forge in the High Street Exhibit.

This room is furnished as it might have been at the time of Judge William Lewis’ occupancy. The focal points of the room are the reproduction Gilbert Stuart portrait of Judge William Lewis and the gorgeous Wellford mantle whose ornamental design was done by Robert Wellford dated in 1798. The mantle consists of hand-applied plaster and gesso decorative work surrounding King of Prussia marble. 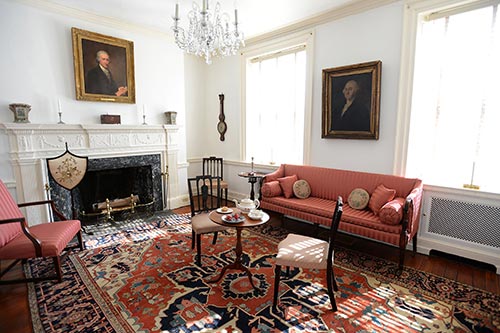 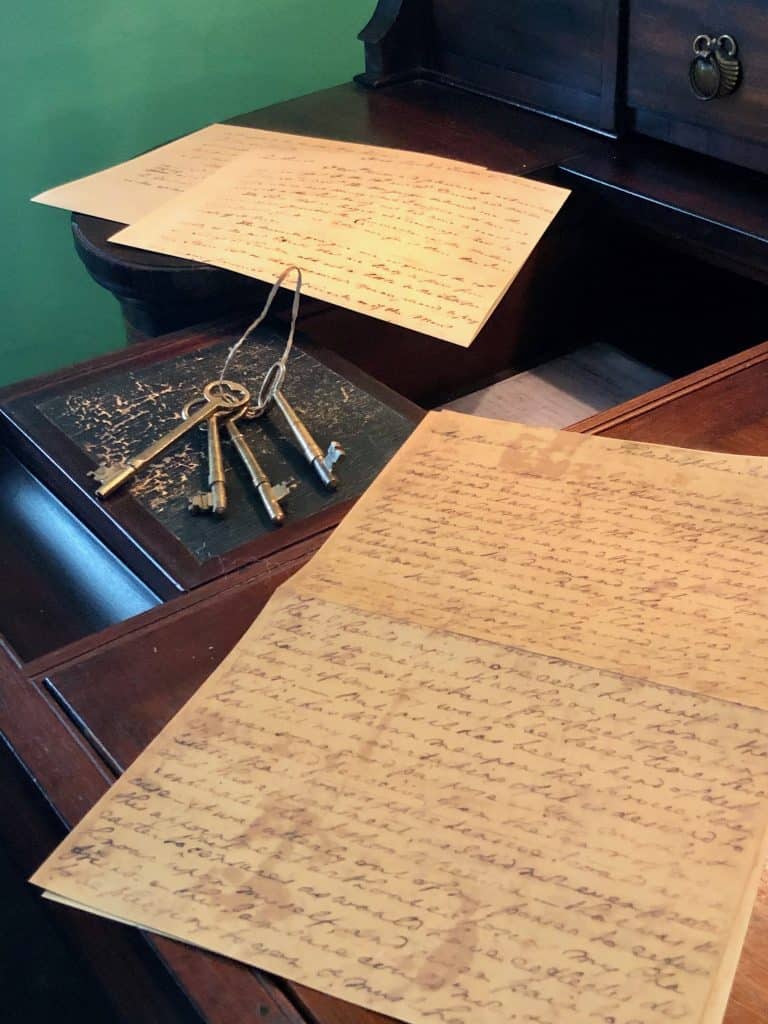 Mrs. Cyrus Curtis, wife of the founder of the Curtis Publishing Company, publishers of the Ladies Home Journal and other important magazines and newspapers, was directly responsible for the furnishing and décor of the 19th century parlor or library, also known as the Reception Room.

Mrs. Curtis’ original furniture purchase from American Art Galleries, in New York City, consisted of two mirrors, a pair of side chairs, a marble top table, two small tables, two arm chairs, a sofa, and a pair of urns. The purchase came to a grand total of $723 in 1931. 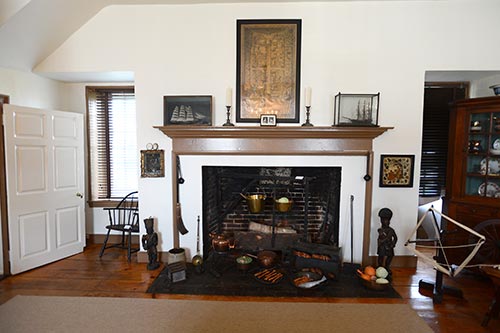 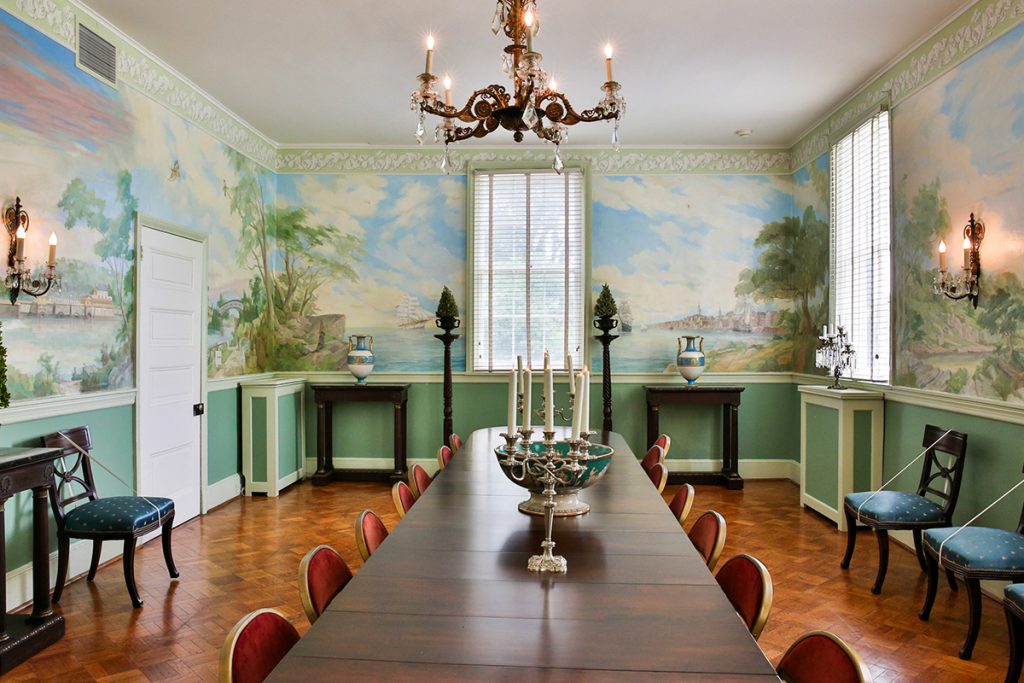 The Banquet Room was originally decorated by the Good Housekeeping Studio, in charge of the Dr. William Shippen house on High Street.

Because this room is in one of the Greek Revival wings, the decision was made to decorate it in the fashion of the 1830s. The furniture is a 1930 reproduction of 1830’s Empire style.

After the 2009-2013 Restoration project, a mural on canvas was affixed to the walls, depicting scenes around Philadelphia and Fairmount Park and highlighting the influence and time of Judge Hemphill. The mural, titled The Portage Trail to Strawberry Mansion, was painted by muralists Dot Bunn and Patrick Connors. Oil paint was donated by Vasari Classic Artist’s Oil Colors. 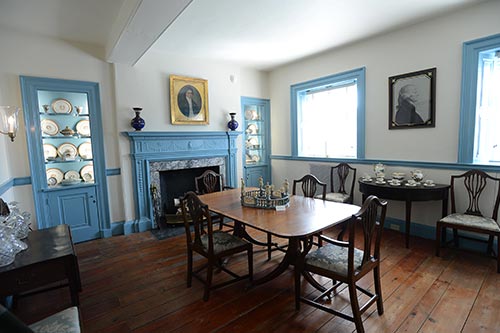 The decorations and furnishings in the Gillingham Bedroom, also called the 18th Century Bedroom, were a gift of Mrs. Harold E. Gillingham, a founding member of the Committee of 1926.

Both Mr. and Mrs. Gillingham were collectors of fine antiques and furniture. Mr. Gillingham wrote several articles on Philadelphia history.

Decoration for the Attic was placed under the supervision of Mrs. Hampton L. Carson, wife of a prominent Philadelphia lawyer.

It contains a collection of toys, artifacts, and lifestyle items from the 18th and 19th centuries, including an outstanding dollhouse.

Historic Strawberry Mansion has an abundant collection of antiques, fine art, and collectables
on display throughout the various rooms of the house. 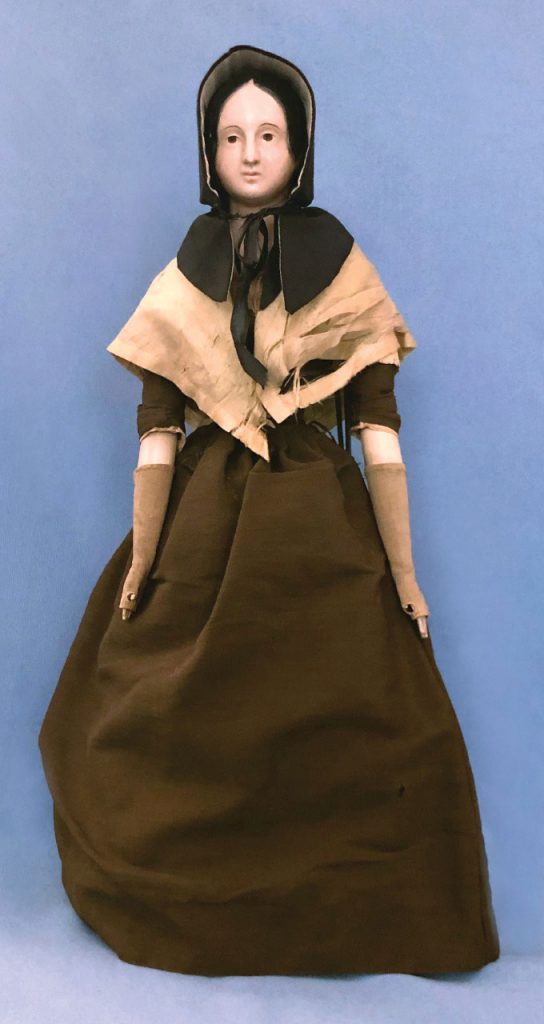 The Women’s Club of Temple University, an organization founded in 1909 to promote and support the new college, was assigned a space in the Old Market House on High Street in which to exhibit a “Historical Pageant of Dolls.”

The exhibit originated with a large collection of dolls from around the world all dressed in native costume. It was decided to include a doll from each state in the Union, so the president of each state’s Federation of Women’s Clubs was asked to send a representative doll to the High Street exhibit. Almost all of the states were represented, including the District of Columbia.

In the year 2000, following in the tradition of the Sesquicentennial Doll Exhibit, the Committee of 1926 made the decision to celebrate the Millennium by making additions to their collection of dolls from the various states.

As some of the states were not represented at the Sesquicentennial exhibit, the Committee of 1926 went to work to complete the collection. A committee was formed, headed by Mrs. Sally Linvill and Mrs. Emilie Bregy, who wrote letters to representatives in all the states. Letters were sent to the chamber of commerce and numerous other governmental agencies.

Soon wonderful and interesting dolls began to arrive. The room next to the Sesquicentennial Doll Exhibit was refurbished and cases and proper lighting were installed in order to best display the new dolls.

The Millenium Doll Room was dedicated to Sally P. Linvill in recognition of her extraordinary commitment and tireless effort in the development of the “State Doll Collection.” 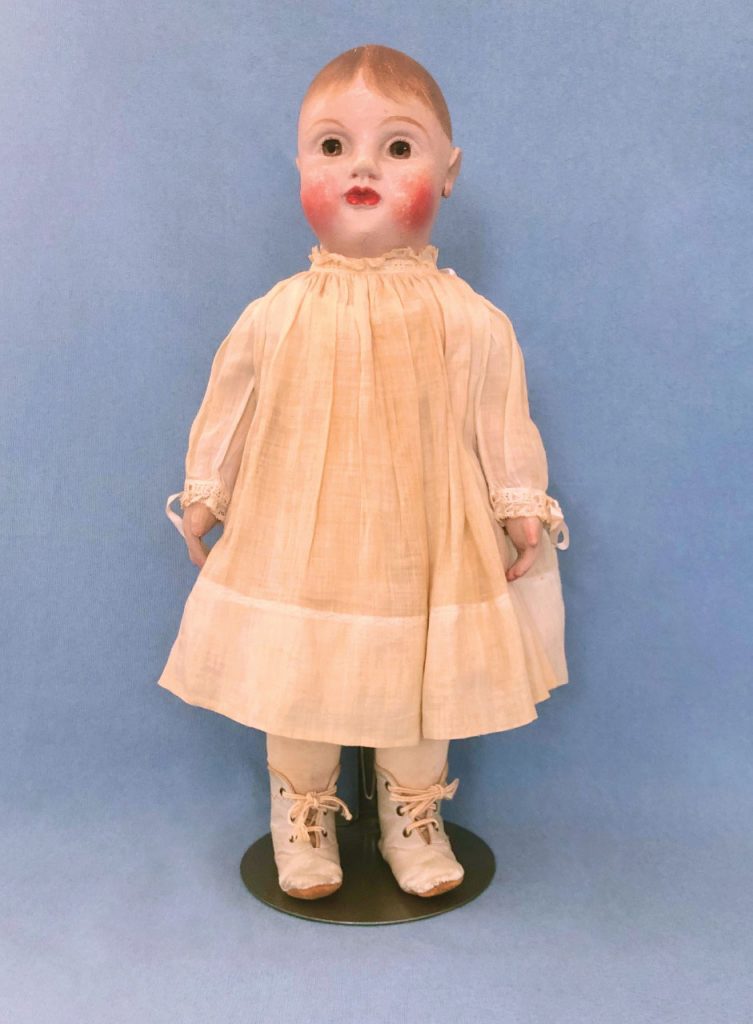 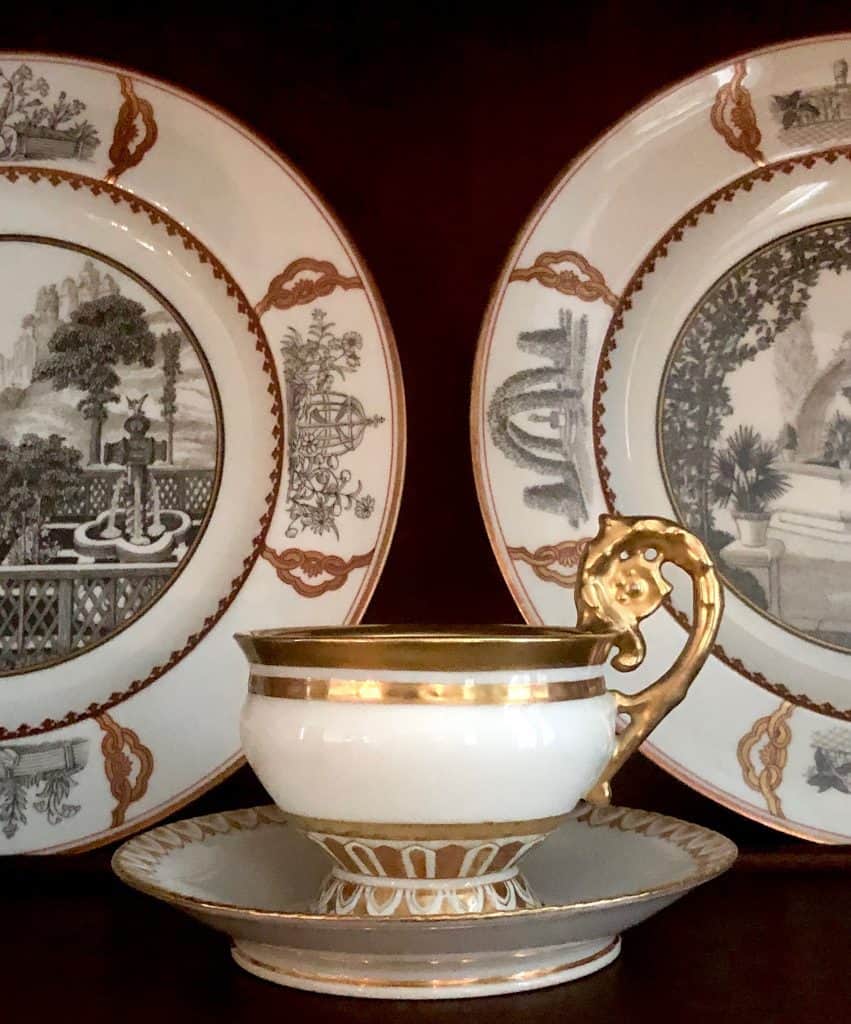 Judge Joseph Hemphill was an innovative man, producing a line of porcelain in conjunction with the Tucker porcelain factory in Philadelphia.

This website uses cookies to improve your experience while you navigate through the website. Out of these, the cookies that are categorized as necessary are stored on your browser as they are essential for the working of basic functionalities of the website. We also use third-party cookies that help us analyze and understand how you use this website. These cookies will be stored in your browser only with your consent. You also have the option to opt-out of these cookies. But opting out of some of these cookies may affect your browsing experience.
Necessary Always Enabled

Any cookies that may not be particularly necessary for the website to function and is used specifically to collect user personal data via analytics, ads, other embedded contents are termed as non-necessary cookies. It is mandatory to procure user consent prior to running these cookies on your website.